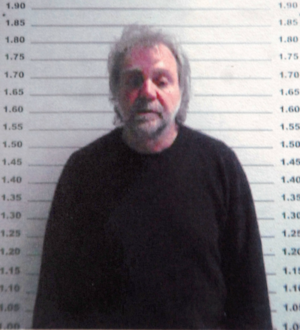 REPORTING FROM MEXICO CITY -- A wealthy businessman surrendered this week to a municipal prison to face charges that he beat and violently berated an employee in his building for not obeying him.

The case of Miguel Sacal Smeke is the second scandal in recent months involving the release of video footage that captures what social-media users decried as acts of classist rage.

A judge denied bail for Sacal, a textile businessman.

He faces assault-with-injuries charges after a video emerged of him knocking out the teeth of a lobby employee in his upscale apartment building. The worker, Hugo Enrique Vega, had declined to fetch a car jack and change a tire for him.

In August, two women -- a beauty queen and a reality-television personality -- were filmed slapping and pushing a uniformed traffic officer on a swanky street in Mexico City's Polanco district over a parking dispute. The media dubbed them the "Ladies de Polanco."

Sacal's incident happened in July, before the "Ladies de Polanco" scandal, but the footage emerged on YouTube only in early January.

Disgust at the video of the two women spread for months in Mexico. Some said the "Ladies de Polanco" clip proved that race and class discrimination persist in Mexican society. Others said the video showed the lack of respect for uniformed authorities in Mexico, and the inability of authorities to enforce the law no matter anyone's class standing.

The "ladies," Azalia Ojeda and Vanesa Polo Cajica, still face charges for the August incident and had a court date on Wednesday in which they had their last interview with the judge. They are free on bail.

Sacal earned the nickname the "Gentleman de Las Lomas" (for the super-rich Las Lomas district) after the footage of his incident surfaced. In a television interview afterward, worker Vega was eloquent and even gracious when asked what he thought of Sacal's actions.

"I am not a businessman. I am simply a worker, I receive a salary, but at the end of the day, I offer services," Vega told Milenio TV. "We can't let ourselves be taken by the economic standing of each person. What's important here is to see us all as human beings."

From behind bars at the Reclusorio Oriente, a large city prison, Sacal apologized "to society" for attacking Vega, in a letter read by his lawyer Thursday. If convicted and sentenced, he faces between three and eight years in prison.