The Education of Mrs. Snethen

Mrs. Andrew Snethen, 39,  of Lakewood (remember this is the era when married women had no first names), a recent arrival from Omaha, Neb., had never been to downtown Los Angeles, had no intention of ever visiting downtown Los Angeles and said exactly that--to Newsweek magazine for a feature story on suburbia. 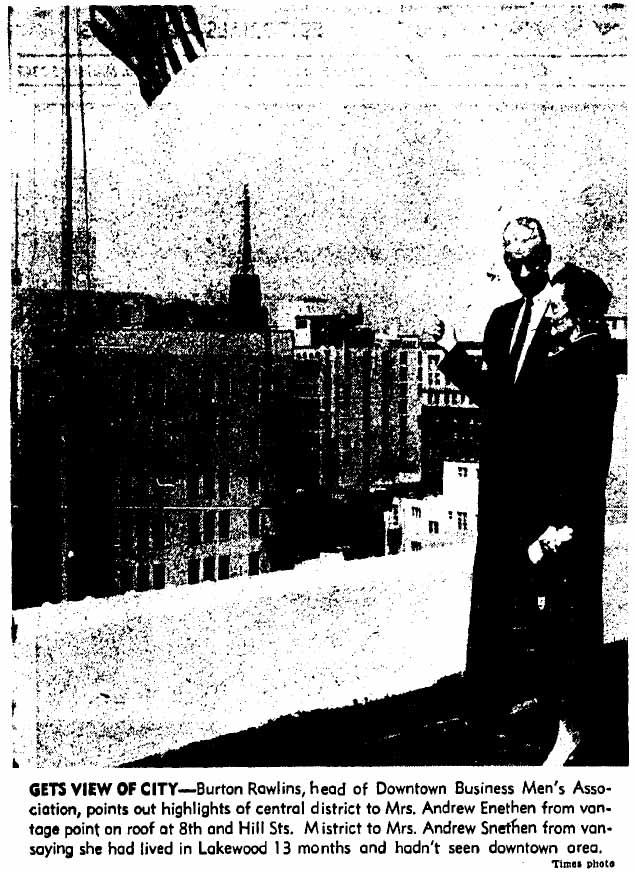 The next thing she knew, Snethen, a comptometer operator for a Long Beach dairy, was being whisked downtown via limousine along with a companion, Mrs. Dalbert Clodfelder, as guests of the Downtown Businessmen's Assn.

"Why, I never realized it was so easy to get downtown on the freeway," Snethen said. "I was impressed, too, by the selection available in the downtown stores." 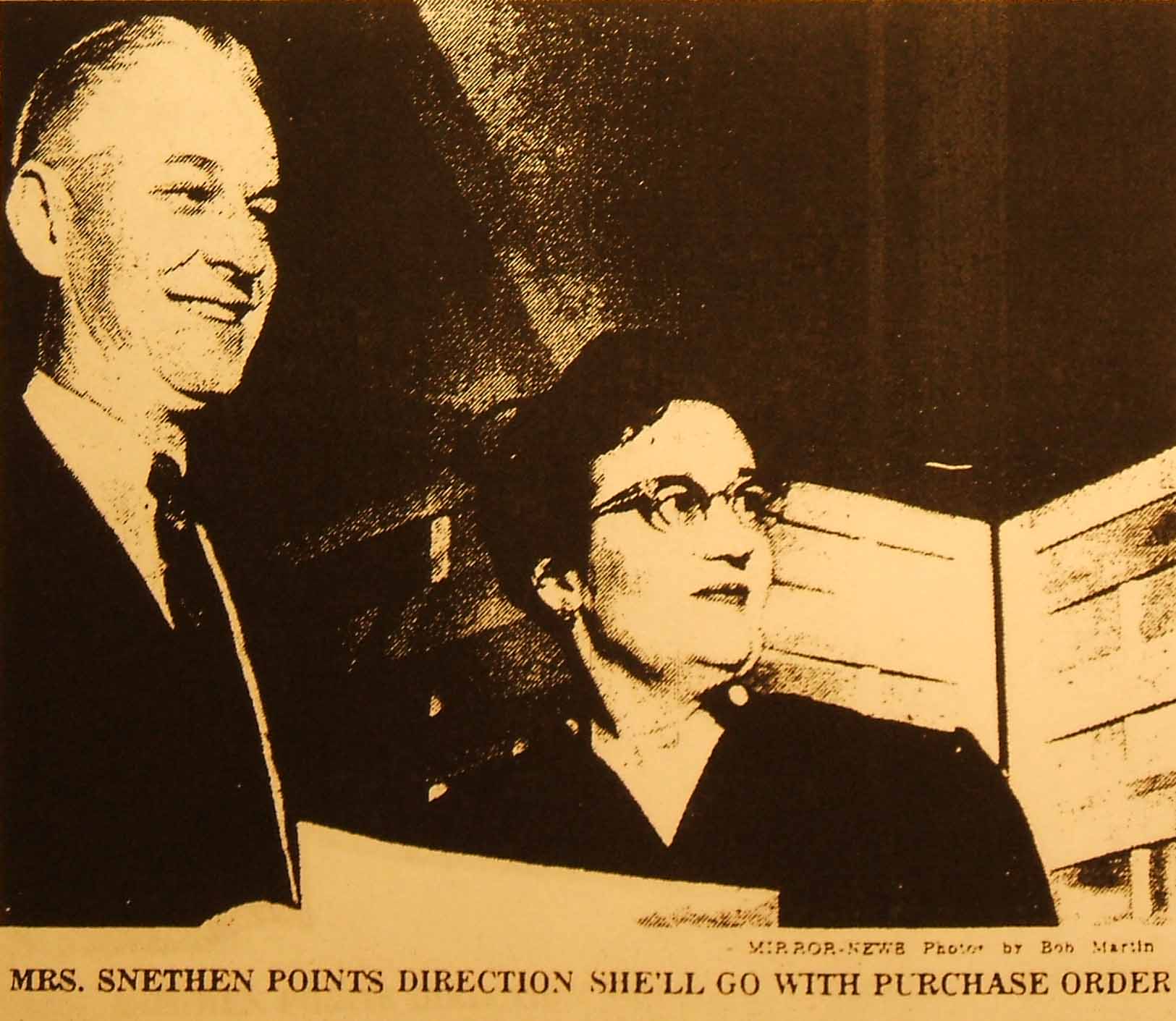 Accompanied by Burton C. Rawlins, above, head of the businessmen's group, Snethen was taken to lunch and  escorted to the roof of the Union Bank  Building at 8th Street and Hill for an 11th-floor view of the city--recall that in 1957, no building could be taller than City Hall.

Not bad, Snethen said, noting that Omaha and Los Angeles were much the same, although Los Angeles was much bigger. She also pointed out that Omaha's Medical Arts Building was 17 stories high. And because Omaha had converted to buses, Snethen asked: "Do they have streetcars here?"

Snethen, the mother of five children and the wife of a bakery route driver living at of 4016 Camerino St., was given a $50 ($358.26 USD 2006) gift certificate. Since it was only valid at a downtown store,  the  businessmen's association ensured a second trip. Burton C. Rawlins died March 24, 1974, at the age of 67. There is no further information on Mrs. Andrew Snethen.