The business and culture of our digital lives,
from the L.A. Times 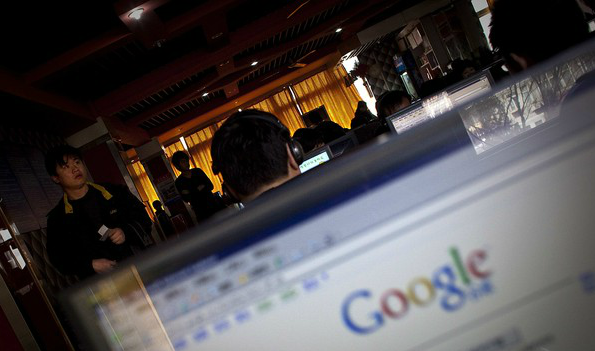 Watching from China, where Web censorship is practically a national hallmark, some can't help but smirk and crack jokes about the controversy raging over Internet freedom in the U.S.

"Now the U.S. government is copying us and starting to build their own firewall," wrote one micro-blogger, relating China's chief censorship tool to the U.S. plan to block sites that trade in pirated material.

The Relevant Organs, an anonymous Twitter account (presumably) pretending to be the voice of the Chinese communist leadership, quipped: "Don't understand the hoopla over Wikipedia blackout in the U.S. today. We blacked it out here years ago. Where are OUR hugs?"

PHOTOS: Sites on strike against SOPA and PIPA

Humor aside, the brouhaha has generated some strong opinions in the country that  Google fled, not the least because opponents of the SOPA and PIPA anti-piracy bills are conjuring Chinese Web censorship to promote their case.

The consensus here, however, appears to be this: Americans should try a minute in our shoes before invoking online Armageddon.

If anything, Chinese bloggers say, the debate underscores how privileged U.S. Web users and Internet companies are, even in times of duress.

"Only an American company could protest the way Wikipedia or Google has to the government," said Zhao Jing, a closely followed blogger in Beijing who uses the pen name Michael Anti. "A Chinese company would never get away with that."

Indeed, China's Internet sector has no choice but to submit to government pressure -– be it by censoring its own users or implementing whatever happens to be the state initiative of the moment (the latest may require the real-ID registration of 250 million micro-blog accounts despite threats to privacy and the cost burden on Web firms).

Another distinction Chinese activists note is that the proposed legislation in Washington is being debated openly in public and ultimately has to adhere to U.S. law. Chinese censorship, on the other hand, operates in an opaque space where no one really knows what's banned, what isn't and who is calling the shots.

"It's hard for people in the U.S. to understand Internet censorship in China," said Wen Yunchao, a prominent blogger and outspoken government critic who left mainland China recently for Hong Kong. "In China, all the government decisions are done in a dark box. No one knows what's going on. There's never any legal reason cited. If these laws are passed in the U.S., every step of the way it will be more transparent. People can challenge it. There's no comparison when it comes to censorship in China and in the U.S."

Still, Wen supports U.S. activists challenging the bills, saying it's a slippery slope to lesser Web access. He said China's so-called Great Firewall, which blocks access to many foreign sites, such as Facebook and Twitter, was first billed as a strategy to stop piracy and pornography.

"Now it's being abused and extended to thousands of websites," he said.

Ironically, China's 513 million Web users have relatively free access when it comes to the very sites targeted by the proposed Protect Intellectual Property Act and Stop Online Piracy Act. Those include BitTorrent sites such as Extratorrent and sellers of counterfeit goods such as Taobao.

SOPA blackout: How many have joined the fight?