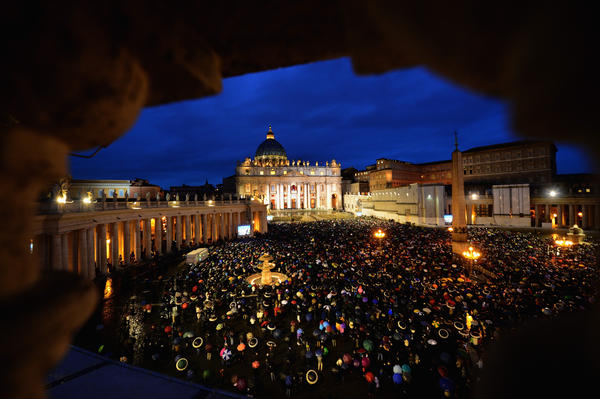 As he cut a young man’s hair in his Huntington Park barbershop, Carlos Madrid said he was thrilled that the new pope hailed from Latin America.

He could have sworn the pontiff would be from Italy, he said. Then, after the briefest of pauses for thought, as he put his scissors down, the 60-year-old Mexican immigrant reasoned that maybe Pope Francis sort of was Italian.

"He's the same. He’s descended from an Italian mother and Italian father," Madrid said with a chuckle.

If the reaction to the ascension of the first pope from Latin America was muted among Southern California’s Latinos, one major reason may be that Jorge Bergoglio isn’t from Mexico or Central America, but from Argentina.

And for many Latinos, Argentines may as well be Europeans. Or Italians.

Italy has, by far, produced the largest number of popes.

Giancarlo Urey, a 29-year-old lawyer of Bolivian and Guatemalan roots, said he wasn’t surprised by the selection of an Argentine pope. For one, he noted that Catholicism is predominant in Spanish-speaking countries, so it makes sense.

But Urey also said that an Argentine pope isn’t such a radical change from the past.

“I’m not impressed, I’m not excited,” said Urey, calling Argentina “about as European as you can get.”

Still no verdict in Bell corruption trial; jurors on Day 13

Rapist held in mental hospital must be tried or freed, court says