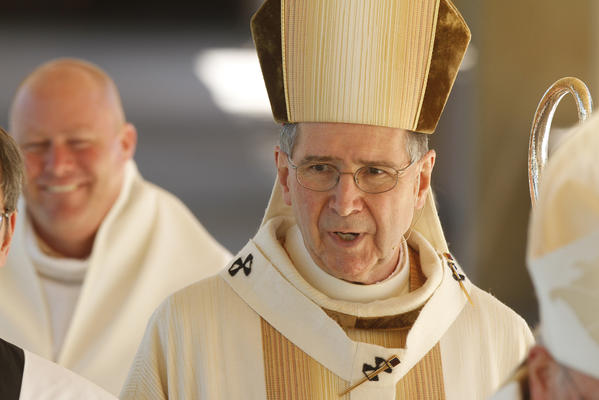 The Archdiocese of Los Angeles has agreed to pay nearly $10 million to four men who allege they were molested by a pedophile priest in what Cardinal Roger Mahony has called the most troubling case of his tenure, a lawyer for the men said Tuesday.

The agreement settled four lawsuits against the church concerning Michael Baker, who authorities believe molested 23 boys during three decades as a parish priest and hospital chaplain.

The settlement is the first since the church released 12,000 pages of internal personnel files about its handling of abuse allegations, including scores of documents detailing how Mahony and a top aide dealt with Baker.

The priest admitted his abuse of two boys directly to Mahony during a 1986 retreat. Mahony sent him to New Mexico for treatment, but later returned him to ministry where he molested again. He was convicted in 2007.

Two of the cases were set for trial next month. Vince Finaldi, a lawyer for the alleged victims, said he believed the file release “played heavily” into the archdiocese’s decision to settle the cases. “Once we got the files it confirmed everything we had argued for years and years,” Finaldi said. “Cardinal Mahony’s fingerprints were all over the case.”

Lawyers for the archdiocese and Baker did not immediately return calls seeking comment. Baker was defrocked in 2000. Sentenced to 10 years in prison, he was released in 2011 and lives in Costa Mesa.

Two of the men who settled suits Tuesday are brothers of a third man who Baker was convicted of molesting. He previously received a $2-million settlement. The settlement reached Tuesday pays his brothers $4 million each.

A man who alleged Baker abused him in the late 1970s and another who said the priest victimized him in the mid-1980s each received nearly $1 million, Finaldi said.

No new truck yet for women injured during Dorner manhunt