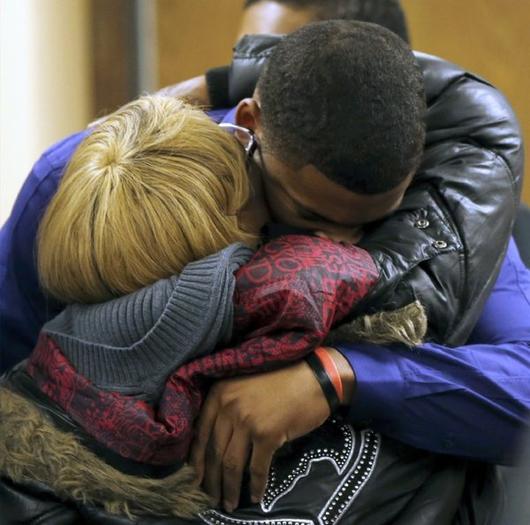 One step forward, two steps back: What a relief that the judge in the Steubenville, Ohio, rape case found two star high school football players guilty of sexually assaulting an incapacitated teenage girl without placing any onus on the victim.

But how appalling that two of CNN’s most high-profile female journalists, Candy Crowley and Poppy Harlow, chose to focus on the tragedy… that had befallen the young men, Trent Mays and Ma’lik Richmond.

“What’s the lasting effect though on two young men being found guilty in juvenile court of rape, essentially?” an emotional Crowley asked a legal expert on Sunday, shortly after Juvenile Court Judge Thomas Lipps made his ruling.

Harlow added that Richmond’s father, reportedly an absentee parent and alcoholic who had spent time in prison, had leaned over in the courtroom to tell his son he loved him-- something, according to Richmond’s lawyer, the father had never done.

Yes, ladies, it was.

But not for the reasons you focused on.

Bless Judge Lipps for his description of the evidence as “profane” and “ugly,” for his warning about alcohol as “a particular danger” and for his clear-eyed verdict.

And bless social media for proving the guilt of these young narcissists, who probably would never have been charged, let alone convicted had they not memorialized their bad behavior on Instagram and YouTube. An unconscious victim is so often a perfect victim.

As for CNN’s insensitive take on the verdicts, which has inspired a social media backlash, empathy belongs to the victim, who had no idea what had befallen her until photos and videos began circulating on the Internet. Imagine the nightmare of knowing you’d been raped while unconscious. Talk about lasting effects.

Mays, 17, and Richmond, 16, wept in court as the judge pronounced them guilty of the six-hour episode that took place last August.

Mays was also found guilty of distributing a nude image of the victim. “No pictures should have been taken, let alone sent around,” he said.

Richmond sobbed, saying, “My life is over. No one is going to want me now.”

Did he mean no college football team will recruit him? Boo hoo.

When Richmond approached the victim and her family to apologize, his defense attorney embraced and comforted him like a mother would a toddler who had scraped his knee: There, there, it’s all right. Shush.

But it was not all right, and the attorney should have let the young man stand alone, in his pain, to apologize for the horrific way he treated a helpless young woman.

The young men, lucky to have been tried as juveniles, will spend time in detention. They will have to register as sex offenders. “That will haunt them for the rest of their lives,” said CNN legal expert Paul Callan.

But this is not the end of the case.

Ohio Atty. Gen. Mike DeWine announced he will convene a grand jury to investigate who disseminated the photos and videos of the young woman in distress. There could be more criminal charges to come, including obstruction of justice, failure to report a felony and failure to report child abuse.  He noted that 16 people refused to talk to investigators about the crime.

And he added something that needed to be said to a nation that all too often is willing to ignore the grotesque behavior of entitled young sports stars and blame victims for the crimes that befall them: “It’s happening in your neighborhood, happening in your town, your village, your city.”

Lindsay Lohan arrives late to court, is glitter-bombed outside

L.A. Now Live: Should bars be allowed to sell alcohol until 4 a.m.?

Robin Abcarian is a Times columnist.