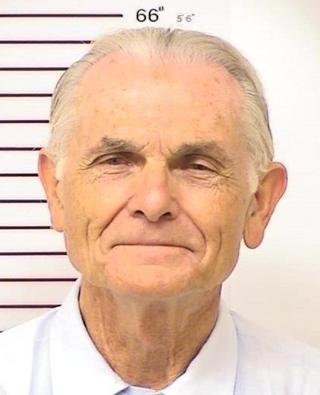 The California Board of Parole Hearings on Friday forwarded to Brown its recommendation to grant parole to Bruce Davis, imprisoned since 1972. Along with the recommendation is Lacey's own letter to the governor, describing Davis as "Manson's right-hand man" and "a danger to the public and unsuitable for parole."

Davis was sentenced to life in prison for his part in the killings of Gary Hinman and Donald "Shorty" Shea. Hinman, a musician, was beaten and tortured for days in his home in an attempt to extort money and property. In her letter to the governor, Lacey recounts that Davis held a gun on Hinman while Manson sliced off the musician's ear.

Hinman's slaying took place about two weeks before the Manson family in August 1969 killed Sharon Tate and businessman Leno LaBianca, along with five others. The murders were staged in the hope of inciting racial violence. Shortly after that, Shea, a stuntman and hand on the ranch where the Manson family stayed, was killed in the belief he was working as a police informant.

"Despite overwhelming evidence of his substantial participation in these two brutal killings, Davis consistently minimized, rationalized and offered excuses for his criminal behavior" at parole hearings, Lacey wrote. She contended that Davis' now-admitted role in the killings still conflicts with testimony from witnesses at the time that Davis "bragged about personally stabbing and killing" Shea.

California corrections officials previously rejected Davis' bid for parole 25 times before recommending that parole be granted, first in 2010 and again in October. On Friday, the Board of Parole Hearings determined that the October recommendation contained no legal error, and forwarded it to Brown.

The governor has 30 days to decide whether to allow Davis' release, refer it for a full parole board hearing or follow former Gov. Arnold Schwarzenegger's example from 2010 and deny parole.

"I am sorry for who I was and what I did," Davis wrote in a letter submitted to the earlier parole board. "I am now focused on compensating for the lives I destroyed by promoting life-enriching and violence-preventing lifestyles at every opportunity."