Dorner manhunt: Feds feared ex-cop may have fled to Mexico 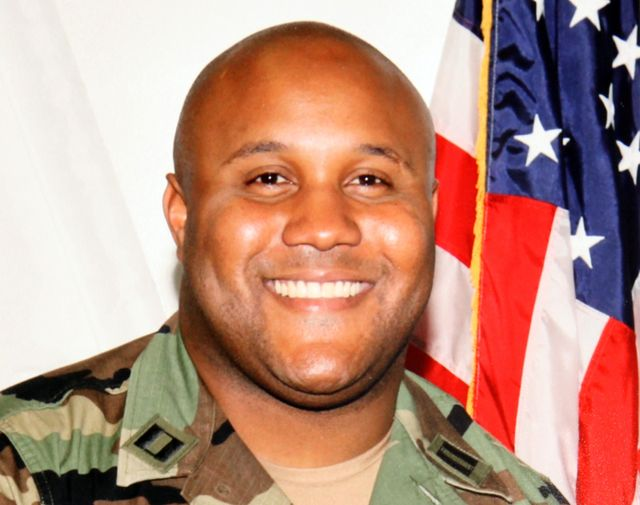 A fugitive former Los Angeles police officer who is wanted in connection with a deadly shooting rampage and has triggered a massive manhunt could have fled to Mexico, according to documents filed in federal court.

The records provide new details on the alleged actions of Christopher Jordan Dorner, 33, who is suspected of killing three people, including a police officer, and has eluded authorities since Wednesday night when he was publicly named as the suspect in the slaying of an Irvine couple.

Dorner may have been helped by an associate identified only as "JY" in the charging document that was filed in U.S. District Court in Los Angeles after the former police officer was suspected of fleeing from authorities.

DOCUMENT: Feds say Dorner may have fled to Mexico

Authorities Monday increased security along the U.S.-Mexico border and issued warnings to airport security personnel to be on the lookout for Dorner. However, law enforcement officials told The Times that Dorner could still be in Southern California and were searching for him with hundreds of officers across several counties.

The possibility of Dorner receiving aid was raised in an affidavit by an inspector U.S. marshal that was filed with the court papers. The marshal said investigators with the Marine Corps and San Bernardino County Sheriff's Department were conducting a surveillance operation of an Arrow Bear property owned by a family member of the associate and discovered a vehicle nearby Thursday afternoon that matched the gray Nissan pickup truck used by Dorner.

The burning vehicle led to a large-scale search operation in the San Bernardino Mountains near Big Bear as law enforcement teams scoured the snow-covered terrain in search of Dorner.

The first shooting was in Corona after an eyewitness reported a person matching Dorner's description at a gas station to an LAPD officer "who was detailed to the area to protect one of the officials whom Dorner had threatened," according to the court records.

"When the officer drove by the gas station, the suspect exited his vehicle and fired an assault rifle at the officer, hitting the officer's vehicle," the court records say.

The LAPD later said the officer received a grazing wound.

Dorner manhunt: Despite reward, no new signs of ex-cop