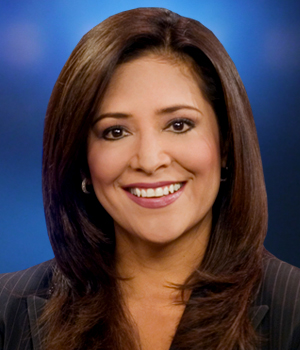 Lopez, 48, who anchors for KEYT-TV Channel 3, had "gone missing" Wednesday about 10:30 a.m., the news station said in a statement. Lopez is a longtime fixture in the community and is married to a Superior Court judge.

Her family alerted the Santa Barbara County Sheriff’s Office that she was gone, triggering a response by deputies who used search dogs as they scoured the area. The rapid response raised questions about whether the family received favorable treatment. Often, law enforcement authorities wait 24 hours before declaring a person missing and launching search efforts.

News footage showed Lopez’s husband, Frank Ochoa, arriving at the home Wednesday night in his gray Lexus with what appeared to be a woman in the passenger’s seat. The family contacted the Sheriff's Office on Wednesday about 5:30 p.m. to say that Lopez was safe at home, KEYT-TV said on its website.

“Paula has been located,” a spokesman for the family told reporters gathered outside the home Wednesday night. “We’re not giving out any details right now.”

Sheriff's officials released the following statement: “When deputies responded to her residence, they confirmed she was there and no longer missing. We are not commenting on the reasons surrounding why Ms. Lopez went missing due to the fact it is a private family matter.”

Lopez, who spent six years at KCAL-TV Channel 9 in Los Angeles, co-anchors the Santa Barbara station's 11 p.m. broadcast. She has spent the better part of two decades at KEYT, where she first worked as an intern in 1985, according to her biography on KEYT's website. She then worked at KCAL in Los Angeles, but returned to KEYT in 1996 to spend more time with her family.

Lopez and her husband have three children.