Overflow crowd at memorial for doctor killed in exam room 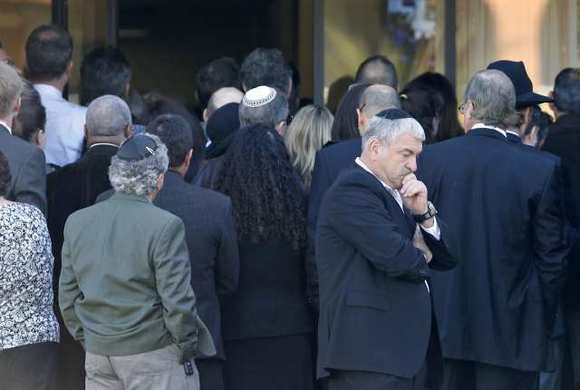 An overflow crowd of mourners gathered in Costa Mesa on Wednesday to honor a slain Newport Beach doctor on what would have been his 53rd birthday.

Some of those who attended stood and prayed outside, unable to find a seat at the service.

Dressed in black, they filed in from a line that stretched through the parking lot at one of the county's few Jewish cemeteries.

At the family's request, mortuary staff asked that media not be present for the service. The Daily Pilot honored the request, as did broadcast media.

Gilbert was said to be deeply committed to his Jewish faith. He lived with his wife and two children in Huntington Harbour.

Stanwood Fred Elkus, 75, is accused of shooting Gilbert on Monday in an examination room on Superior Avenue in Newport Beach. Elkus appeared Wednesday in Orange County Superior Court, where he asked for a public defender to represent him at his March 1 arraignment.

Three arrested in iPad burglary from school in San Diego