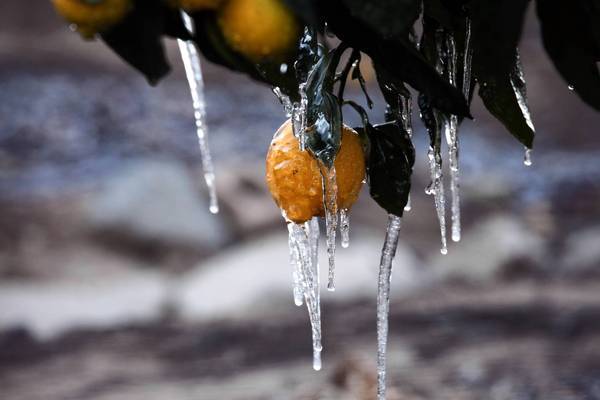 Southern California endured another night of freezing temperatures as the cold snap that has gripped the region continued.

According to the National Weather Service, many San Fernando and San Gabriel Valley areas recorded temperatures in the low 30s -- and some in the high 20s -- overnight. Lancaster and Palmdale recorded 16-degree lows. Even coastal areas such as Long Beach had lows in the 30s.

Temperatures will hit the 50s and low 60s Sunday.

A high-pressure zone sitting off the Pacific coast has channeled a blast of cold air from the Gulf of Alaska down the backbone of the state. Temperatures on Saturday night were expected to dip as low as 25 degrees, triggering freeze warnings across Southern California.

"It's not unusual for us to get these cold snaps this time of year, but it's one of the colder ones we've had in awhile," said Curt Kaplan, a meteorologist with the National Weather Service's Oxnard office.

Starting Monday, cold Santa Ana winds will sweep in from the desert. By Wednesday, temperatures should begin to rise.

The cold snap has been a particular concern for citrus farmers across the state, who have been up all night since Thursday. There are $1 billion in oranges, lemons, tangerines and grapefruit still on trees in California, the nation's largest producer of fresh citrus.

The year had been off to a good start, with a particularly flavorful crop of mandarins and good sugar content across the state. The association has sold up to $300 million in citrus already, with another $1 billion still on the trees.

"We were looking at a very profitable year," said John Nelsen, president of California Citrus Mutual, an association of the state's 3,900 citrus growers, the majority of which are family farmers.

But a cold snap can change that in hours. In January 2007, citrus growers lost 60% of the state's crop to freezes. In 1998 it was 85%. The worst season in memory was the Christmas freeze of December 1990, when a week of temperatures in the teens defoliated the orchards, leading to a total loss for that season and the one after, Nelsen said.