NYPD making progress in slaying of L.A. man in Manhattan 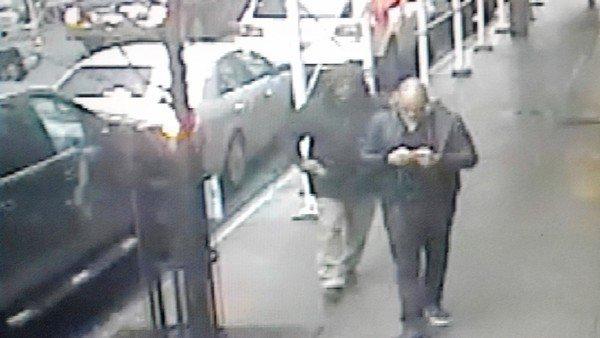 New York police said they are making progress in their search for the killer of an L.A. man who was gunned down on a busy midtown Manhattan street.

As Woodard walked down the street, a man standing near a Lincoln sedan pulled a hood over his head as Woodard passed. A short time later, the two passed each other a second time. The man turned, pulled out a gun and shot Woodard at close range in the back of the head with a 9-millimeter pistol. He got back into the Lincoln, which pulled away.

Neither police nor family members had a motive.

On Tuesday, New York Police Commissioner Raymond Kelly said detectives had made progress in their investigation from ballistics evidence and video surveillance footage that captured the shooting and the suspected getaway vehicle.

He added that investigators were pursuing all leads, including Woodard's criminal history and his family's real estate dealings.

Kelly said Woodard, who carried three cellphones, was believed to be a promoter of some kind, but did not elaborate.

It was not clear what brought Woodard to New York after he purchased a one-way ticket from California, Kelly said, or where he was going when he left the hotel. Woodard checked into the hotel Sunday and checked out about 1:15 p.m. the next day.

Kelly said it was clear the gunman lay in wait for Woodard and didn't act alone.

The gunman had a driver who, after the shooting, pulled a silver or gray Lincoln onto 58th Street, Kelly said. Once the gunman was in the car, the vehicle headed south on 7th Avenue and disappeared. A short time later, a car "similar in description" was seen heading through the Midtown tunnel eastbound into Queens, where the driver paid the toll with cash.

Investigators had the license plate of the vehicle, but Kelly declined to release the information, citing the ongoing investigation.

Kelly also said ballistics analysis linked the weapon to a 2009 shooting in Queens. The gun was fired at a residence, he said — no one was hurt and no arrests were made.

Kelly said Monday's crime was particularly surprising, given such a public setting.

"You can characterize it as either being brazen or foolhardy," he said.

Woodard grew up in Ladera Heights, played basketball at the exclusive Campbell Hall private high school in Studio City and graduated from Loyola Marymount University in 2003. His stepfather, Rod Wellington, said in an interview Tuesday that Woodard was pursuing a law degree at the University of West Los Angeles School of Law (school officials would not confirm if he was enrolled).