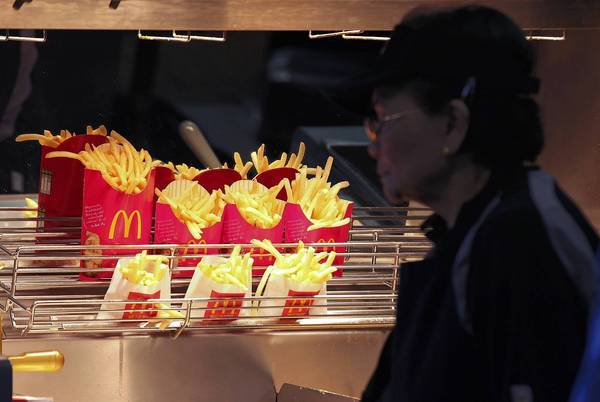 Police believe two suspects accused of stealing cooking grease from a Hemet McDonald's this week planned to resell it.

The theft of cooking grease has become a growing problem. The grease is sold to recyclers and can be refined into biodiesel fuel.

After being burglarized at least twice, the owner of the McDonald's on West Florida Avenue decided to stake out the restaurant Thursday night after business hours and called police at midnight to inform them that he would be waiting inside in case the thieves returned, the Riverside Press-Enterprise reported.

About 1:50 a.m., the owner called and said burglars were at the restaurant, stealing grease.

Police said that when they arrived at the scene they found Noel Portillo, 22, of Compton and Ricardo Robles, 24, of Long Beach sitting inside a Dodge Ram pickup truck with the engine running and a large metal tank mounted on the bed.