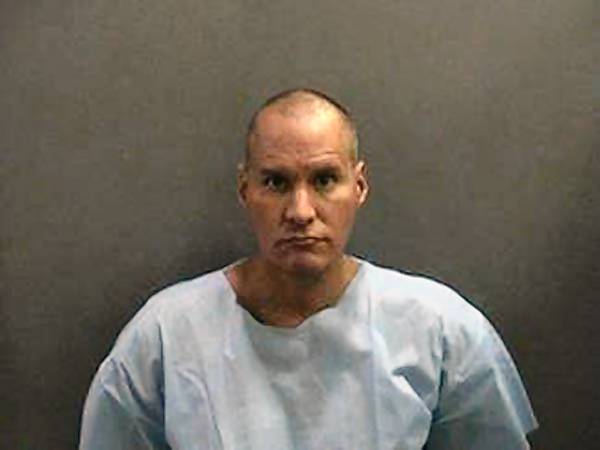 The gunman who fired more than 50 rounds at busy Fashion Island shopping center in Newport Beach decided that "this was his way of venting his life problems," police said Sunday.

Marcos Gurrola, 42, is accused of firing a semiautomatic handgun dozens of times into the air before he was taken into custody, authorities said. No one was wounded in the shooting, although one person was injured fleeing to safety.

"Thank God he pointed up," Deputy Newport Beach Police Chief David McGill said. "Luck was on our side."

As investigators worked to determine a motive, McGill characterized Gurrola as someone who was "unhappy about a lot in life and decided this was his best way of releasing his tension."

Gurrola, who was booked into Orange County Jail on suspicion of shooting at an inhabited dwelling, appeared to be unemployed. McGill said he could not confirm reports that the suspect was living in his car but said the vehicle had "a lot of personal items" inside.

Gurrola did not appear to have a criminal history in California. State records showed he was a registered guard-patrolman with the Bureau of Security and Investigative Services, an arm of the state Department of Consumer Affairs that licenses and regulates such businesses as locksmiths, repossession firms and private investigators. He also appeared to have a firearm permit that expired in 2001.

Authorities said he began firing about 4:30 p.m. Saturday in a parking lot near Macy's. Frightened shoppers ran and store owners locked their doors as police arrived at the upscale, open-air mall.

Given the deadly shooting the day before at a Newtown, Conn., elementary school where a gunman killed 20 children and six adults, McGill said he was terrified when he got the initial call.

Some bicycle officers were already in the area — part of an effort to curb theft at the mall during the holiday shopping season — and police were able to find the suspect almost immediately, McGill said. Gurrola then put his gun down and his hands in the air and was arrested, McGill said.

McGill said Newport Beach police train for active-shooter scenarios at various locations and began having monthly meetings with Fashion Island security about eight months ago. He credited a "great relationship" with security teams at the mall for Saturday's quick response. Police knew their mall counterparts personally and knew how they would react, he said.

Photo: Marcos Gurrola, 42, is accused of firing a semiautomatic handgun dozens of times into the air in a Fashion Island parking lot before he was taken into custody. Credit: Newport Beach Police Department / Dec. 16, 2012