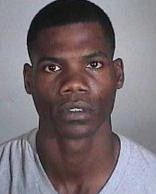 A Hawthorne man suspected of raping a woman he met through an online dating service was arrested at his apartment, police said Thursday.

Aaron Robinson, 32, was taken into custody Wednesday night at the residence where a woman said he assaulted and then raped her on Nov. 4, Lt. Scott Swain said.

Robinson allegedly took the victim to a CVS pharmacy in the 4700 block of West Rosecrans Avenue in Hawthorne to purchase alcohol and then drove her to an apartment where the assault took place, according to police.

Robinson was held on $100,000 bond and is scheduled to be arraigned at the Airport Courthouse on Friday.

Only 31% of California students are physically fit