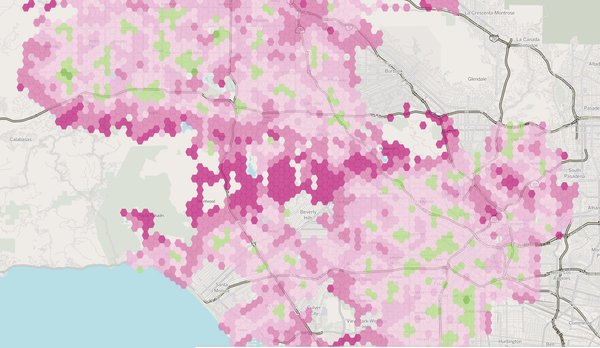 A long-awaited review of Los Angeles Fire Department response times has found that the agency used inaccurate data “that should not be relied upon until they are properly recalculated and validated.” The data were used to make critical reductions in fire station staffing last year.

Although the Fire Department has previously acknowledged some mistakes in its data, the 32-page report by a task force formed by Fire Chief Brian Cummings found more widespread problems and delved more deeply into factors that contributed to the faulty figures. Among other things, the experts found systemic flaws in a 30-year-old computerized dispatch network and a lack of adequate training for firefighters assigned to complex data analysis.

The Fire Department and city leaders rely on the data to make decisions about where to place fire personnel who respond to life-and-death emergencies.

“The statistical analysis of data by LAFD department staff who are not trained in this field led in part to inaccurate reporting,” the report said.

[Updated at 5:49 p.m.: Fire Department Battalion Chief Armando Hogan said the report's recommendations have to be reviewed. “This is going to take more vetting. We want to make sure we get it right and we're not rushing,” he said.]

The probe was launched after department officials acknowledged earlier this year that LAFD performance reports released to City Hall leaders and the public made it appear rescuers were getting to emergencies faster than they actually were.

The task force report, scheduled to be discussed Tuesday by the Fire Commission, said the department has corrected the computer-system flaws that led to the inaccurate figures.

“The No. 1 goal was to restore confidence in the Fire Department's statistics in the eyes of the public and city leaders,” said Fire Commissioner Alan Skobin, who helped oversee the report. “We now have the ability to identify and pull out accurate data.”

Still, the report paints a picture of a department woefully behind in using technology to help speed up emergency responses and improve efficiency by analyzing thousands of dispatch records that churn through the department's computer system each day.

The report recommends installing GPS devices on fire units so dispatchers know their location at all times, an upgrade that has been discussed since at least 2009. That could ensure that the closest rescuers are sent to those in need.

The task force also said upgrades or replacement of the aging computer system at the heart of dispatch operations may be needed, as well as hiring professional analysts to scrutinize the data.

Some money has been set aside to help pay for the GPS upgrade and the dispatch system changes. But whether all the changes raised in the report could be funded is unclear, given that the LAFD already is projected to run a $5.2-million deficit in its current budget.

The report’s findings in some ways parallel recent probes by City Controller Wendy Greuel and Jeffrey Godown, an expert brought in by Mayor Antonio Villaraigosa as questions grew about the department’s performance figures.

The task force includes members of the chief’s own staff, as well as experts from USC, the RAND Corp. and the Los Angeles Police Department’s COMPSTAT unit, which is recognized for its crime data analysis.

Indeed, the Fire Department hopes to roll out its own version of the LAPD’s data-reporting system, called FIRESTATLA. It would allow managers, elected officials and the public access to regularly updated reports on detailed response times and other statistics by neighborhood, Skobin said. The new system is estimated to cost up to $500,000, he said.

In March, fire officials acknowledged that they had changed the way in which they evaluated response times without telling the public or city officials. Their method made it appear that crews surpassed national standards more frequently than they actually did.

Those faulty statistics were used by Cummings and other top fire officials to push for a new cost-cutting deployment plan that shut down firetrucks and ambulances at more than one-fifth of the city's 106 firehouses. Cummings initially defended the department’s data when questions arose about its accuracy.

Later, he acknowledged that yet another set of numbers used in reports on the proposed deployment changes were projections, not actual response times. Some council members said they might not have voted for the budget cuts had they been aware that projections were used.

Image: The Times analyzed more than a million runs by the Los Angeles Fire Department.