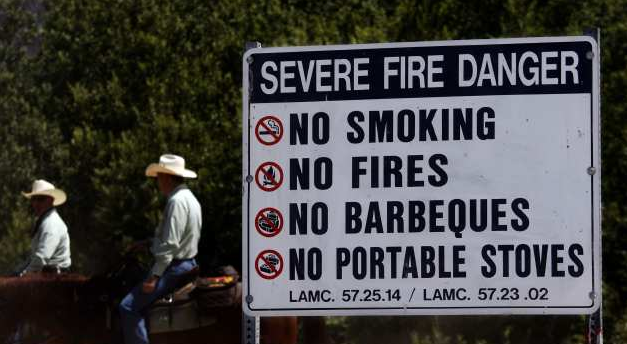 Police officers mounted on ATVs and motorcycles will begin special patrols of the Big Tujunga Wash and portions of Hansen Dam this weekend in an effort to cut down on rowdy weekend parties that crop up along the recreation area's riparian waterways.

Equestrian and community members have complained about illegal barbecues, drinking and drug use that has been observed along the tree-shaded tributaries that cut through Hansen Dam in the northeast San Fernando Valley.

On Tuesday, the City Council unanimously approved extra patrols for the next 10 Sundays to combat the problem. Councilman Richard Alarcon, who made the motion creating the party patrols, will also pay the $44,880 cost for them out of his District 7 community redevelopment funds.

"Hansen Dam is the best park in the region, and these extra patrols will help keep it that way,” said Alarcon.  “Extra LAPD officers will help protect people from problems that can arise when people picnic in the wooded areas of the wash -– such as brushfires that can start if people light illegal campfires or barbecues.”

Nearby residents have become concerned by weekend visitors who carry barbecues and coolers of beer down into the wooded trails, sometimes damming up the waterways to create swimming holes. Deirdra Vierra, a member of the Foothill Mounted Patrol, a volunteer group that patrols the area on horseback, said riders have observed all kinds of lawlessness.

Besides the illegal fires, some picnickers yell at equestrians using the trails for a shaded ride, she said. One motorist was observed tearing a "no parking" sign down on a residential street when parking lots were full.

"The community has just had enough of these people breaking the rules," Vierra said. "Everyone should be able to use that area without fear."

The patrols will begin  Sunday and continue through early November.

Pedestrian rescued from under Red Line train in North Hollywood