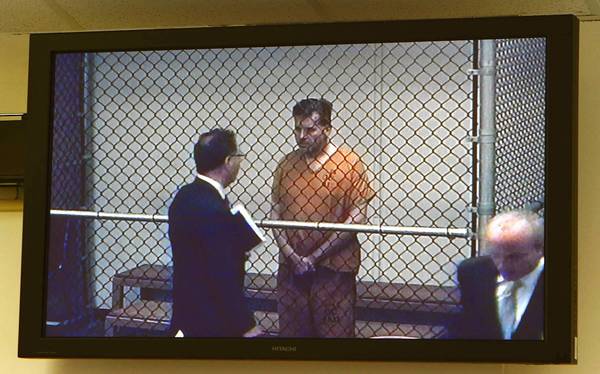 Authorities allege that a UC Irvine professor, grieving over the suicide of his teenage son, wrote emails in which he talks of committing mass murder at University High School.

It began July 24, when police arrested Rainer Reinscheid, 48, on charges of trying to light a fire in Mason Park Preserve with newspaper and lighter fluid. It was not far from the wooded spot where his 14-year-old son, Claas Stubbe, had hanged himself four months earlier.

Reinscheid, who teaches in the department of pharmaceutical science, posted bail and was released that day.

But when police examined his cellphone three days later, they found something they described as much more sinister.

In the emails, Reinscheid had allegedly planned to obtain firearms to kill students and administrators, commit sexual assault, burn down the school and then kill himself, officials said.

The professor was arrested again and is now being held, at the request of prosecutors, without bail.

Police in Irvine, which frequently touts itself as the nation's safest city of its size, say they did not uncover evidence that he had actually put any such murder plot into motion.

"We did not find diagrams and stores of weapons, but he articulated in very concerning language the desire to harm all those people," said Lt. Julia Engen, spokeswoman for the Irvine Police Department. "We have to presume that that's what he wanted to do."