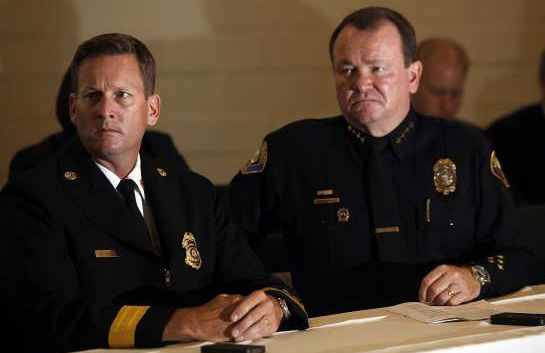 Faced with a $17.2 million budget shortfall, Long Beach Mayor Bob Foster on Wednesday called for consolidating departments and contracting services out, and vowed to push for pension reform against one union he called "intractable."

In releasing the city's proposed budget for fiscal 2013, Foster said several dozen city positions would be eliminated through attrition but that Long Beach still could face layoffs given the stagnant economy and rising pension costs.

Foster applauded police and fire unions for agreeing to pension reforms, which officials say lessens the shortfall. But he singled out the International Assn. of Machinists for what he said has been its unwillingness to accept similar concessions.

For two years, he said, the city has attempted to negotiate reforms with the IAM, which represents all of the city’s non-public service employees.  So far, officials say, eight of the nine unions have agreed to pension reform.

"Each year of delay costs our residents $12 million in services and much more in future unfunded costs," Foster said. "If IAM continues to be intractable, I will place a pension measure on the ballot."

An IAM representative was not immediately available for comment.

The $395.4-million proposed budget released Wednesday cites the potential layoffs of 152 city workers, with 36 sworn officers and firefighters cut through attrition, officials said. More than 100 vacant positions would not be filled.

In addition, the Long Beach Police Department, which faces a proposed budget cut of nearly $9 million, will merge its south and west divisions, and eliminate its leases at two facilities.

Police Chief Jim McDonnell said it’s unclear what impact those changes will have on the department, which currently employs more than 800 officers.

The cuts come at a time when the city has seen an increase in crime. But city officials say that as far as crime statistics, Long Beach recently hit a 40-year low.

Other reductions would include youth programs while at least six branch libraries would become "self-service facilities."

Foster also called for government reform that includes possibly merging Public Works, Water, Oil and Gas departments, restructuring employee compensation, and a listing of unnecessary contract provisions in preparation for negotiations and for outsourcing services, such as paramedics and tree trimming.

"If we don't take this new road, we will financially deteriorate," Foster said. "We will continue to deteriorate until we can no longer perform needed services and are compelled by market forces to change."

Volcano fire spreads to more than 200 acres in Riverside County