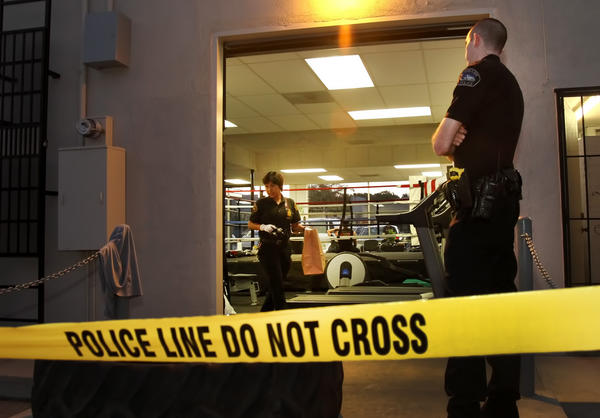 A 16-year-old boy died Thursday night after sparring at Pullman’s Gym in Burbank.

Raul Alvarez Jr. died Thursday after suddenly falling unconscious at Providence St. Joseph Medical Center, where he was brought from the gym about 6:45 p.m. after he complained of pain, police said.

A handwritten sign on the door of the gym Friday morning said the business would remain closed for a few days “in honor of Raul,” the Burbank Leader reported.

Burbank police Sgt. Darin Ryburn said Alvarez's death was an "unfortunate accident," adding that the North Hollywood teen was wearing protective gear around his head and lower body at the time he was sparring.

Raul was sparring with someone about his same age and build, and gym staff members were supervising, Ryburn said.

It is unknown if the teen had any previous medical conditions, Ryburn added.

The gym offers a range of teen and adult boxing classes on its website and touts itself as being equipped with “the best gear.”

An investigation into the teen’s death by the Los Angeles County coroner was pending.