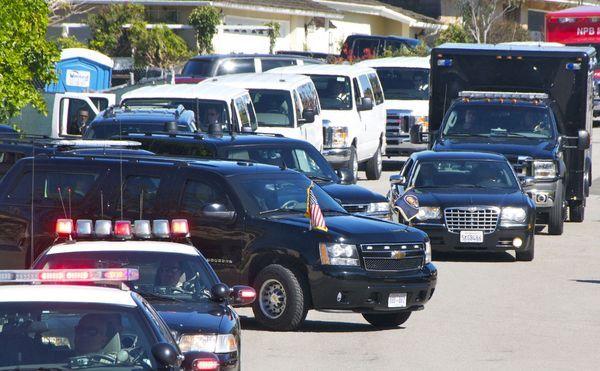 The city of Newport Beach spent $35,043.04 on police officers when President Obama stopped in Corona del Mar in February for a campaign breakfast, and revenue officials have sent his campaign an invoice to recoup the costs.

City Manager Dave Kiff said the invoice was his idea.

“I think it is appropriate to treat it like a private event — if another private event that large and which required that much police presence occurred, we would bill the event sponsor,” he said in an email. “If the president was here on presidential business, we likely would not have billed for that.”

The expenses include costs for a police lieutenant, sergeant, two officers, a reserve officer, a senior dispatch officer, a community service officer plus overtime.

The memo was sent from the city’s Revenue Department to the Obama for America office in Chicago. As of late Thursday, there had been no response or payment, said Newport Beach spokeswoman Tara Finnigan.

The Feb. 16 breakfast was held at the Shore Cliffs home of Jeff and Nancy Stack. Entrance cost $2,500 per person, with a $10,000 photo reception and breakfast option and a $35,800 “greet + breakfast” option, according to the invitation.