State's swelling deficit will bring painful cuts. Where to start? 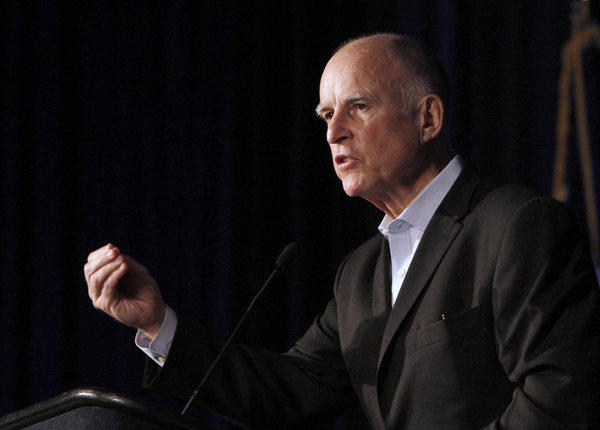 Gov. Jerry Brown's announcement that the state's deficit has swelled to  $16 billion (from a $9.2-billion estimate in January) means that a new array of budget cuts are likely.

But where to cut?

As The Times' Anthony York and Christopher Megerian reported Sunday, Brown's announcement doubled as a sales pitch for tax hikes that he hopes voters approve at the ballot box in November. He said budget cuts, primarily to public education, would be even worse without increasing the sales tax a quarter-cent for four years and raising levies on incomes of $250,000 or more by 1 to 3 percentage points for seven years.

"We can't fill a hole of this magnitude with cuts alone without doing severe damage to our schools," Brown says. "That's why I'm bypassing the gridlock and asking you, the people of California, to approve a plan that avoids cuts to schools and public safety."

"The size of the deficit and the dwindling of options after years of severe budget cuts also show that our state absolutely needs voters to pair cuts with revenues," he said in a statement.

Senate Republican Leader Bob Huff of Diamond Bar said Democratic lawmakers should have reduced spending on welfare and other social services in March, as Brown requested.

Senate President Pro Tem Darrell Steinberg (D-Sacramento) said he didn't regret holding off on budget cuts earlier this year, even if it cost the state hundreds of millions of dollars.

"The cuts that are a matter of life and death we should avoid at all cost," he said. "And we should try to spread out the impact as widely as possible."

Where do you think the cuts should come from? Do you support Brown's plan? Share your thoughts below.