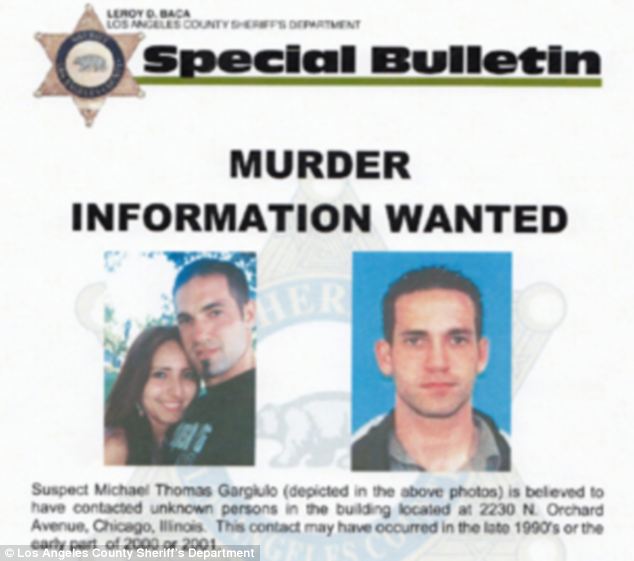 A man already accused of killing actor Ashton Kutcher's former girlfriend and another woman was charged Thursday in the killing of a Chicago-area woman.

Michael T. Gargiulo, an air conditioner repairman, is accused in a series of attacks on women in the Los Angeles area from 2001 through 2005.

Sally Daly, a spokeswoman for the Cook County state's attorney's office, told the Chicago Tribune that the man will be facing first-degree murder charges there.

Tricia Pacaccio, a Glenbrook South High School graduate, was stabbed in the chest in the early hours of Aug. 14, 1993, as she was about to unlock the door to her family's home in Glenview, officials said. Her father found her body hours later, they said.

At the time, detectives said they believed the killer had been waiting for Pacaccio as she returned from a night out with friends, the Tribune reported.

In June 2008, Gargiulo was arrested on suspicion of attempted murder. That case involved a Santa Monica woman who fought off an intruder who stabbed her repeatedly after breaking into her home late at night.

DNA collected at the scene linked Gargiulo to the crime through a national database, officials said. His DNA had previously been obtained in the Illinois case.

Also in 2008, Gargiulo was formally charged in the February 2001 stabbing death of 22-year-old Ashley Ellerin, who was then Kutcher's girlfriend. Her body was found in her Hollywood Hills home.

At the time, Kutcher, who starred in the television series "That '70s Show" and is now married to actress Demi Moore, told Los Angeles police detectives that he went to pick up the model-actress for a post-Grammy Awards party, but that she did not answer the door.

Gargiulo has also been charged in the December 2005 stabbing death of Maria Bruno in an El Monte apartment.

Family ordered to pay $750,000 for Einstein papers lost in fire