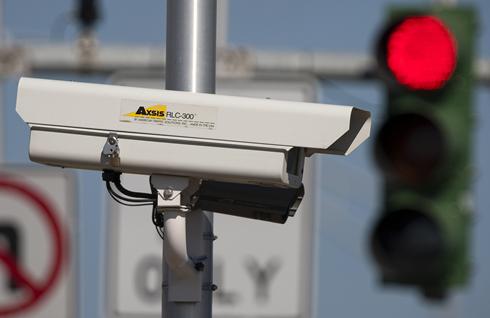 Voters in Anaheim on Tuesday overwhelmingly approved a ban on red-light cameras in their city.

The vote comes amid growing debate about whether cities are using the cameras to generate revenues. Dozens of Southern California cities have installed the cameras in recent years, arguing they make intersections safer.

Measure K prohibits the Anaheim City Council "from enacting an ordinance which would permit or authorize any red-light camera or other automated traffic enforcement system," according to the city's analysis.

There are no red-light cameras in Anaheim. Backers of the measure fear that such cameras would be used to generate extra revenue for the city and question whether they improve safety. Mayor Curt Pringle was among those backing Measure K.

Red-light violations accounted for nearly 40% of the 2,397 accidents at Anaheim intersections between 2007 and 2009. In all, there were 12,858 traffic accidents during that period.

According to the Orange County Registrar of Voters website, about 73% of voters approved Measure K.