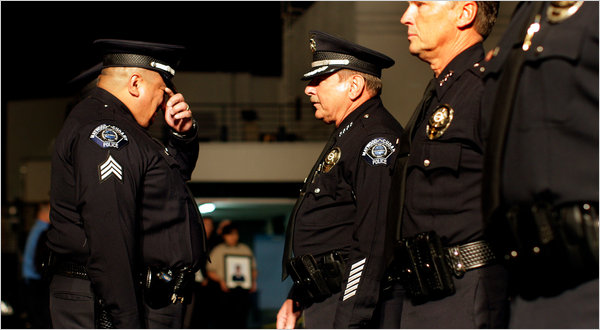 Maywood Councilman Felipe Aguirre sees his small working-class city as "the Santa Monica of the Southeast" — a place built on activism, a healthy distrust of the establishment and compassion for the less fortunate.

But these days, Maywood is gaining a decidedly less romantic image.

Earlier this year, officials announced that they were firing the city workforce and outsourcing most municipal functions to the neighboring city of Bell. Then, Bell's government imploded in a scandal over eye-popping salaries paid to the city manager and other senior officials.

Now, Maywood is under scrutiny from the FBI and other law enforcement agencies over two city deals with ties to Aguirre and his allies. Sources told The Times that investigators are also looking into deals apparently unrelated to Aguirre.


The Maywood probes are the latest in a string of public corruption investigations in southeast Los Angeles County that have resulted in indictments in South Gate, Lynwood and Vernon in recent years. The California attorney general's office and the L.A. County district attorney are now investigating Bell as well.

It's unclear exactly how many transactions the FBI is examining in Maywood. Several sources with knowledge of the probe said one of the deals involves a $95,000 federal grant that Aguirre and a business partner received from the city in 2007. They used it to refurbish the facade of a property where the business — a community advocacy group — is housed. Aguirre's business received the grant despite concerns from the city's planning director over a possible conflict of interest.

In an interview, Aguirre said he regrets taking the money. He said he had concerns at the time but was never told he was ineligible for the money.