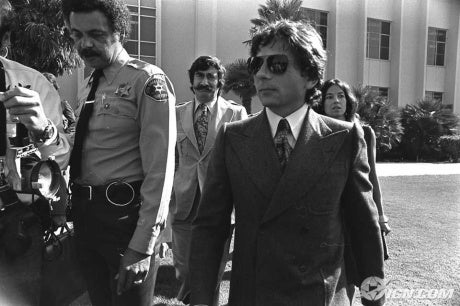 Roman Polanski's transatlantic fight against a return to California in a 33-year-old sex case heads back to Los Angeles court Monday morning as the filmmaker's legal team disputes key facts prosecutors have filed in his extradition proceeding in Switzerland.

Polanski's attorneys have accused the Los Angeles County district attorney's office of providing Swiss authorities with false and incomplete information in an extradition request and have asked an L.A. judge to unseal transcripts of recent testimony by the original prosecutor in the long-running case.

The testimony, Polanski's lawyers said in legal briefs, would show that the director was expected to be sent back to prison to serve the remainder of a 90-day term when he fled for Europe in 1978. Polanski had already spent 42 days in prison after pleading guilty to having sex with a 13-year-old girl.

Polanski's legal team said in a court filing last month that the testimony of retired Deputy Dist. Atty. Roger Gunson would show that Superior Court Judge Laurence J. Rittenband promised in a private meeting with Gunson and Polanski's defense attorney that he would return the filmmaker to prison for 48 days as his full punishment behind bars as long as Polanski agreed to voluntary deportation and to keep the promise secret.

Polanski's attorneys argue that the issue is important, in part, because the United States' extradition treaty with Switzerland allows the extradition of a defendant only if the remaining time behind bars still to be served is more than six months.

They note that the L.A. County district attorney's office filed a declaration in the extradition request that does not mention such a promise by Rittenband.

But Los Angeles County prosecutors defended the truth of the declaration in court papers filed last week, saying that the U.S. Justice Department had reviewed Polanski's allegations and determined that the statements filed by the D.A.'s office were accurate. Gunson was allowed to testify earlier this year in case he was unavailable to testify later.

The D.A.'s office said California law requires such testimony to remain sealed unless a judge later finds that the witness is unavailable to testify at a particular hearing in the case.

Prosecutors say Polanski has no right to make demands of the court while he continues to fight extradition. They accused the director of "obviously running out of options to avoid extradition" and making "baseless and reckless allegations apparently orchestrated as part of a public relations campaign."