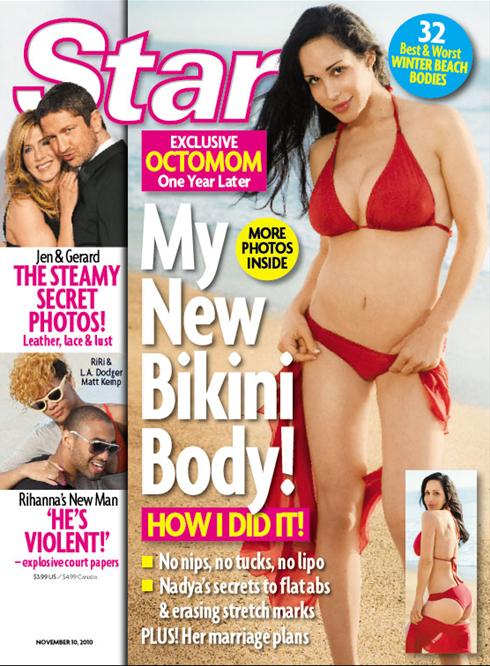 Nadya Suleman has much to celebrate as she marks the first birthday of her octuplets, who were born to international fanfare at a Bellflower hospital.

She's been filming a reality TV show centering on her life in La Habra with her brood. Earlier this month, a California appeals court rejected an attempt by a former child actor to create an independent guardian to look after her children's financial affairs. The court called the proposal an "unprecedented, meritless effort by a stranger."

Now, Suleman is on the cover of Star magazine posing in a bikini, saying she's lost 150 pounds since her pregnancy.

“I wanted to prove to myself that I can do it on my own, naturally,” Suleman told the Star, saying she did not require any plastic surgery to attain her new look.

“My friends call me Rubber Band because I always snapped back so quickly after my other kids!”