Books, authors and all things bookish

Allen Ginsberg's 'Howl' to be film 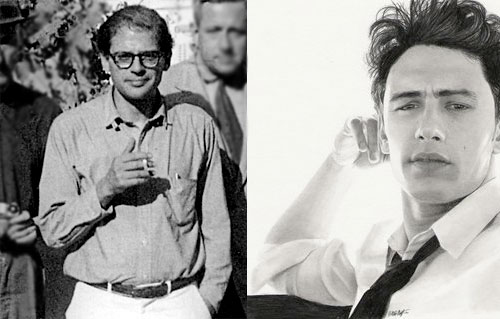 David Strathairn, Alan Alda, Jeff Daniels, Mary-Louise Parker and Paul Rudd will join the cast of the film "Howl," according to today's Hollywood Reporter. Actor James Franco has already signed on to portray poet Allen Ginsberg. The roles of the new cast members — lawyer, judge — indicate that the film will highlight the 1956-57 obscenity trial against publisher City Lights.

Franco completed his degree in English literature at UCLA earlier this year. The 30-year-old actor had started college immediately after high school, but his career got in the way. Entirely normal. Not like the madness of "Howl," which begins:

I saw the best minds of my generation destroyed by madness, starving hysterical naked

dragging themselves through the negro streets at dawn looking for an angry fix,

angelheaded hipsters burning for the ancient heavenly connection to the starry dynamo in the machinery of night,

who poverty and tatters and hollow-eyed and high sat up smoking in the supernatural darkness of cold-water flats floating across the tops of cities contemplating jazz ...